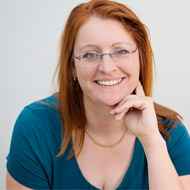 She explained that research has identified two mindset theories - the entity theory and the incremental theory. Those who have an entity mindset will consider that everyone is the same and that no-one can change, including themselves. Incremental mindset individuals, on the other hand, have a more open attitude, believing that things and people can change.

Entity mindset behaviours are characterised by a lack of confidence, lower than expected performance, low levels of resilience, blaming and making excuses, poor coping mechanisms, being judgemental, having a defensive reaction to feedback and negative emotions.

Leaders and managers with an entity mindset will clearly influence their teams and colleagues in a negative direction. Employees will concentrate on mistakes, be resistant to new systems and protocols, make excuses and have an increased anxiety at the prospect of making a mistake. Even a few people within the price with such mindsets can eventually affect the attitudes of the whole practice.

So, asked Anne- Marie, how can blame culture and entity mindsets be changed?
She explained that first, you have to identify the practice culture that you want and then set in place systems and processes and the protocols to support them. You then set the example by embracing the incremental mindset attitude.

Adopting this mindset embraces resilience and optimism, encourages performance, team spirit and learning. Slowly, over time, attitudes will begin to change the practice, she said.